Maidenhead and the Thames

A friend of mine had suggested a cycle trip around the Thames and today was the day.  First problem was I couldn’t get my bike there and back due to restrictions on both Southeastern and Great Western trains.  Arranged to borrow a bike so problem solved.

This is the first time I had been cycling in this area – it’s fantastic with some great paths along the river.

First stop was under this bridge, which has a superb echo.  Shout or clap under the bridge and it is one of the best echo’s I have heard in a long time

Then on along the river Thames until a lunch stop at Eaton College Rowing Centre , Dorney Lake, which was used for the Olympics.

Than back to the Thames and various locks before a quick stop at the Crown for some refreshment.

Then on to Marlow and the Thames again.

Finally on to Bourne End which was also journey’s end.  Some refreshment at The Bounty and then caught a train back home. 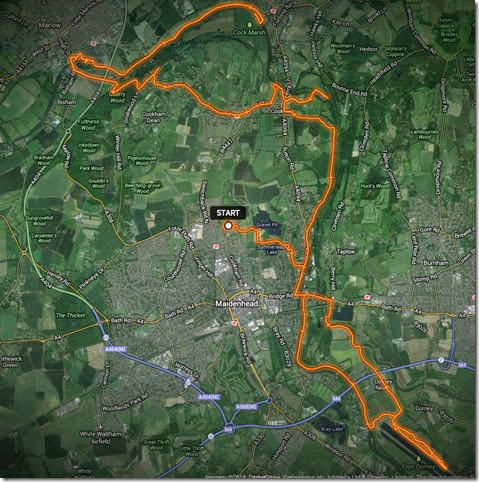