Pierre and myself did a cycling trip around the New Forest.  As it’s part of the training for Big Wheel 2011, the details are on that blog.

Sun was shining and I had my flying lesson booked for 3pm so had the morning free. I’d seen on the web that High Elms Country Park was close by – this covers 250 acres and has some cycle routes through it. Sounded worth a look.

So had a look at the map and set off towards Biggin Hill. The turn-off I needed seemed to be further away than I thought and after arriving ad Biggin Hill Airport it was obvious I’d missed it. Still it’s a large park so I turned left (hopefully) towards it. Cycled down some fantastic leafy lanes, past some very expensive looking houses, lots of horses and some nice looking country pubs. Couldn’t pop in for a pint as I was flying that afternoon.

Carried on cycling and looking around me then suddenly I was back on the road to Bromley. Now a bit short of time so had to head back home. Never did find the park and looking at the map I’d passed close to it. Quite how I missed 250 acres is a bit beyond me – still it leaves an opportunity for another trip and this time I will look at the map.

No pictures this time as I didn’t stop anywhere. 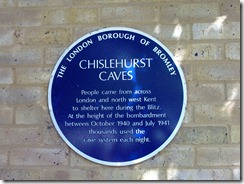 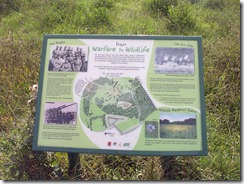 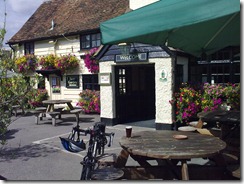 Penny’s first day at work, sun is shining so an ideal opportunity to go for a quick cycle run.  Set off towards Biggin Hill, then turned around and headed for Keston Ponds.  I had seen that the source of the River Ravensbourne was at a place called Caesars spring – this is the river which flows past the back of my house and runs into the Thames at Dartford.  More info at : http://en.wikipedia.org/wiki/River_Ravensbourne 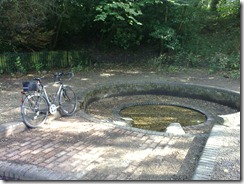 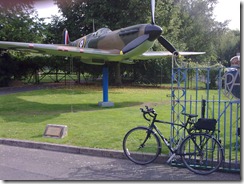 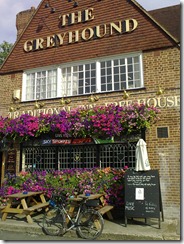 Stopped for a refreshing pint of Harveys Bitter at the Grayhound in Hayes.